Goddess L was out to dominate this guy and her plan was simple. She wanted him to eat her shit and drink her urine. And she did not care about anything else other than that and that is why she made sure that she got that from him. She forced the poor guy to eat her shit as well as drink her pee and did not bother to explain why. 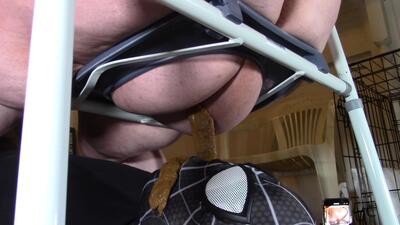 This guy was broke and this mistress felt like getting her shit eaten. So she tempted him with her shit fetish and she managed to have her way as he felt it was better to get the good money she was offering than to starve like he was. So she enjoyed shitting on him after she had given him some money which he was going to use to cater to his needs for a few days.